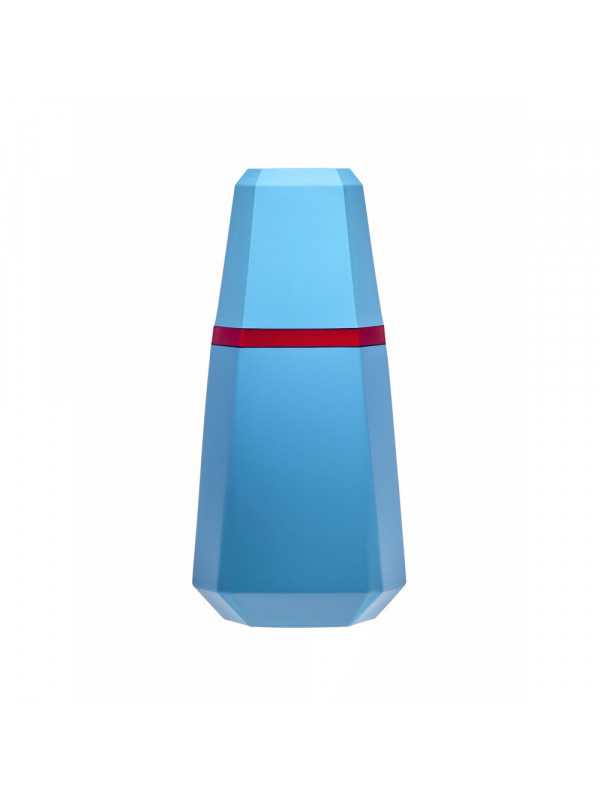 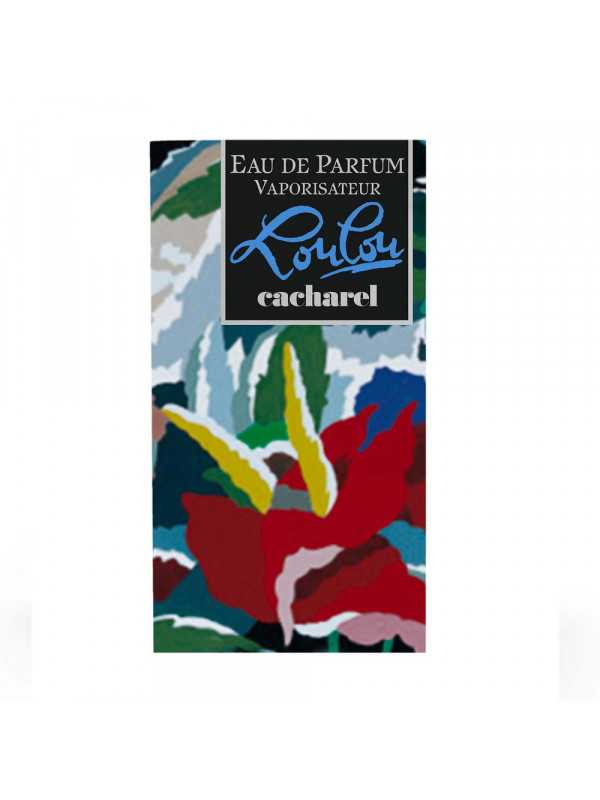 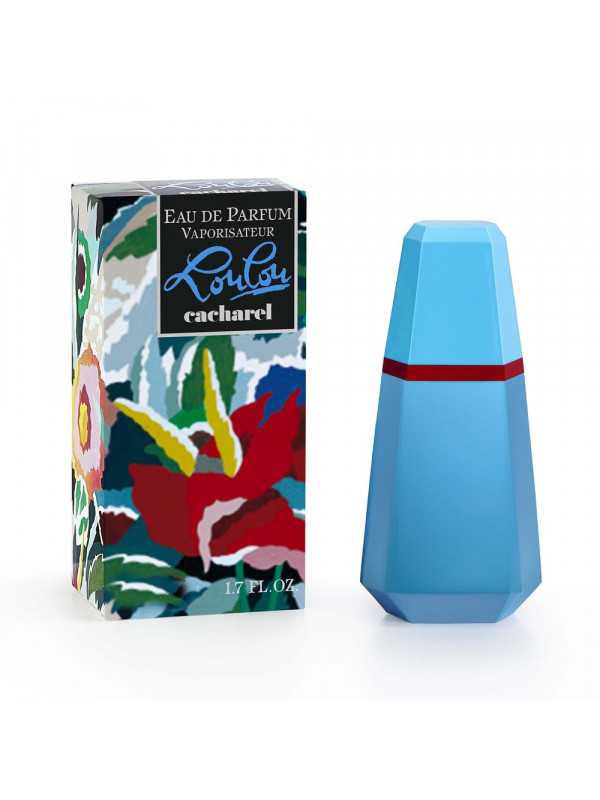 LouLou de Cacharel is an Eau de Parfum for women belonging to the Oriental Floral family. It is a perfume loaded with sensuality and with powerful floral nuances, which allows us to move to a parallel world where we can let imagination fly, since, in it, there are no rules or restrictions. Its intense olfactory pyramid begins with notes such as mimosa, plum, wood from the Chinese cinnamon tree, violet, and anise, full of contrasts and disrupting the classic pyramid that began with fresh notes. Its heart is a dense floral bouquet, composed of tuberose, orange blossom, orris root, heliotrope and ylang-ylang, a fusion charged with sensuality.

LouLou de Cacharel is an Eau de Parfum for women belonging to the Oriental Floral family. It is a perfume loaded with sensuality and with powerful floral nuances, which allows us to move to a parallel world where we can let imagination fly, since, in it, there are no rules or restrictions. This fragrance was launched in 1987 by perfumer Jean Guichard, and it was a revolution for Cacharel . This is considered an evolution of Anaïs Anaïs, since the LouLou woman is aware of the high power of seduction that she has, leaving behind innocence and naivety. A creation full of maturity, which gives us a perfect inner balance, but never leaving behind our most mischievous and sexy side. Its intense olfactory pyramid begins with notes such as mimosa, plum, wood from the Chinese cinnamon tree, violet, and anise, full of contrasts and disrupting the classic pyramid that began with fresh notes. Its heart is a dense floral bouquet, composed of tuberose, orange blossom, orris root, heliotrope and ylang-ylang, a fusion charged with sensuality. Finally, it concludes with an oriental and sweet background, hand in hand with sandalwood, musk, benzoin, vanilla and incense, elements that we perceive on the surface. BOHEMIAN ESSENCE OF THE 80s. This fragrance was a hit with the youth of the 80s, as girls used it to feel more mature and experienced. HALF A TRILOGY. LouLou is part of a trilogy created by the Cacharel firm. In the first place, Anaïs Anaïs appears, symbolizing sweetness and naivety; secondly, we find LouLou, a symbol of maturity and self-confidence; finally, Eden appears, evoking desire and sin in the love field. Top note: Azahar, Cassis and Violeta. Heart notes: Jasmine, Ylang-Ylang and Tuberose Base notes: Sandalwood, Heliotrope, Vanilla and Musk 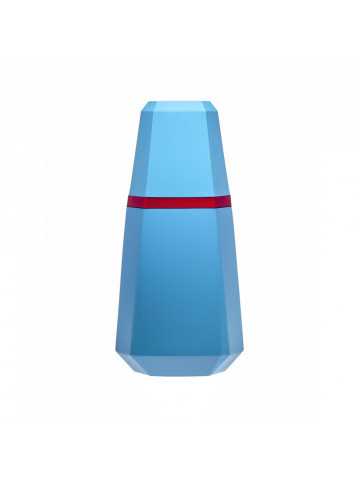 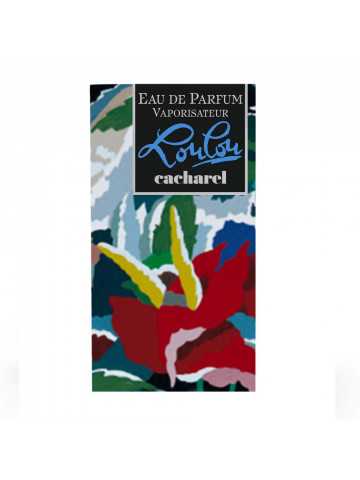 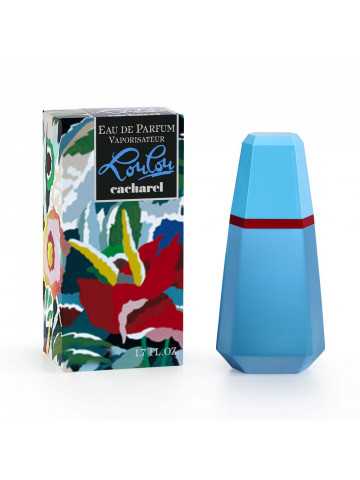 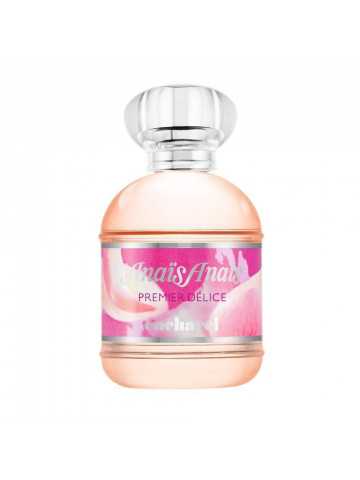 Innocent, pure, sensual, young, light, fresh and delicate: Anaïs Anaïs Premier Délice is the new awakening of Cacharel . It proposes a warm gust, a delicate breeze and a flutter of thousands of impalpable butterflies around the perfect cocktail made up of fruits and white flowers. 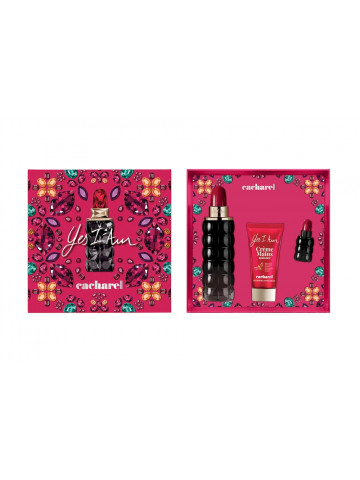 Price 69.95
Availability: 12 In Stock
Introducing the Cacharel Women's Perfume Gift Set, Yes I Am, a statement of female empowerment and self-affirmation as an independent woman. With Yes I Am, you have the power! It is an invitation to openly express oneself, for each woman to accept herself as she is and to affirm her feminine power. This gift set is made up of the feminine fragrance of Yes I Am in 75ml vapo, a 5ml miniature of the perfume to take anywhere + a 50ml hand cream 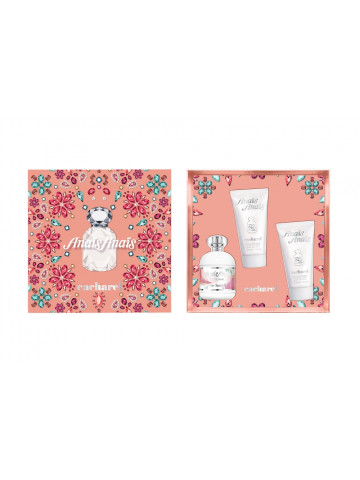 Price 64.95
Availability: 62 In Stock
This Christmas we present the Anaïs Anaïs de Cacharel chest, a composition in which wonder, freshness and tenderness are harmonized together. It is a revolutionary olfactory writing that has become a great classic in perfumery with green and powerful notes based on hyacinth. The youngest and most tender of the great classics of perfumery 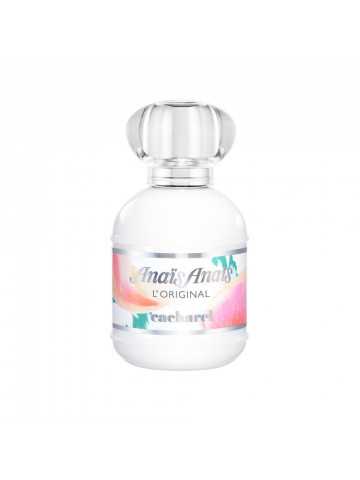 Price 25.95
Availability: 23 In Stock
THE PERFUME THAT RETURNS YOU TO YOUTHANAÏS ANAÏS L'ORIGINAL by Cacharel is an Eau de Toilette A reformulated scent of the classic eighties. This new release begins its wake with hyacinth and honeysuckle, a chord governed by softness and delicacy, which quickly gives way to a romantic, tender and very flirtatious heart, formed by rose, jasmine and ylang-ylang, exquisite and luminous white flowers Finally, a pleasant warmth from vetiver, black currants and musk embraces our body, thus ending this aromatic cycle.EIGHTY REVOLUTION. In the 1980s, this perfume became the go-to fragrance for millions of young people. An unprecedented aroma and unforgettable today, which allows us to travel to our childhood in a matter of seconds. 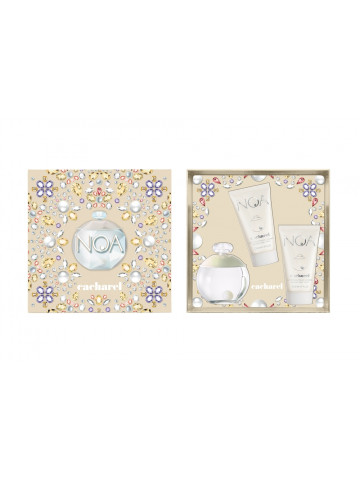 Price 55.95
Availability: 46 In Stock
This Christmas we present the Noa de Cacharel box made up of the Noa Eau de Toilette for women belonging to the Floral Woody family, a great transmitter of peace and serenity, a spiritual guide, who leads us on the right path and helps us make the best decisions. , that is, those that are taken with the heart. This fragrance was created in 1998 by perfumer Olivier Cresp. 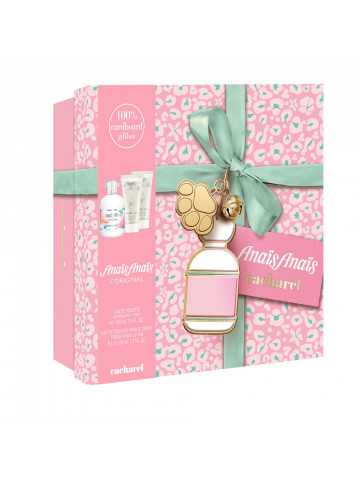 Price 64.50
Availability: 22 In Stock
Introducing the box Introducing the Anaïs Anaïs box by Cacharel a composition in which wonder, freshness and tenderness harmonize together. It is a revolutionary olfactory writing become a great classic of perfumery with green and powerful notes based on hyacinth. The youngest and most tender of the great classics of perfumery, Anaïs Anaïs women's eau de toilette by Cacharel is a carrier of a message of tenderness. History also wants Anaïs to have been the goddess in ancient Persia. Anaïs Anaïs expresses the duality of the girl Cacharel both innocent and sensual. 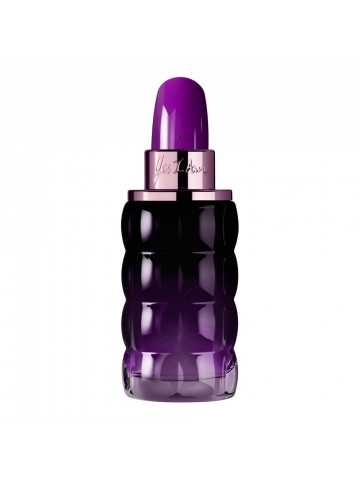 Yes I Am Fabulous Eau de Parfum for Women

Yes I Am Fabulous Eau de Parfum is the new addiction to the iconic Cacharel collection: Yes I Am. Bold, outgoing, daring and rebellious, yet irresistibly sensual! Cacharel deeper and more intense fruity floriental perfume for women, the scent of power. The bottle, in the shape of a lipstick and faceted glass in smoky purple, a purple vaporizer and an engraved metallic necklace. Maison Cacharel is reinventing its iconic lipstick bottle in a luxurious new setting. Bolder than ever, it embodies all the nuances of violet: an intense, electric plum grape, enhanced by a lilac gold necklace and smoked amethyst crystal.

PRODUCTS IN THE SAME CATEGORY 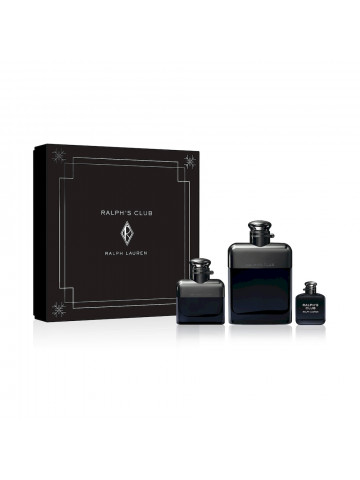 Price 78.60
Availability: 46 In Stock
Discover the Ralph Lauren gift box made up of the new Ralph's Club fragrance in three formats: 100 ml + 30 ml + 7 ml.Ralph's Club is a perfume created for the man who enjoys the fullness of life around him. Ralph's Club Eau de Parfum is an authentically masculine fragrance that appeals with its subtle balance of elegance and irreverence. Its ingredients, made exclusively, are distilled with the highest quality, with an exceptionally high level of naturalness. 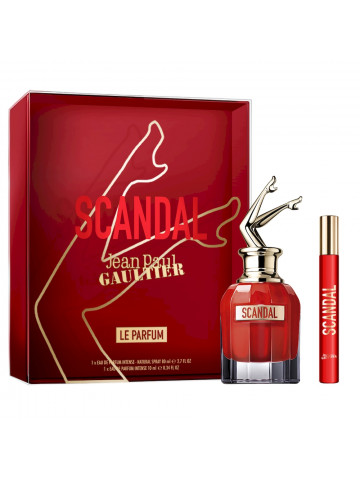 Price 87.50
Availability: 4 In Stock
A scandalous case: Scandal Le Parfum, an intense eau de parfum accompanied by its travel format that gives rise to any daring. Tempting, right? Vaporize it once and your surroundings already blush with indignation and desire. Does Scandal Le Parfum have limits? A red and sensual bottle with its own shine. Vertiginous legs that give themselves over to the show. An insane floral amber fragrance. Quite an excess. The walls crack and the lamps wobble. Its jasmine and black vanilla are even said to dare to be dipped in an unusual salted caramel. Just to get noticed with scandal! 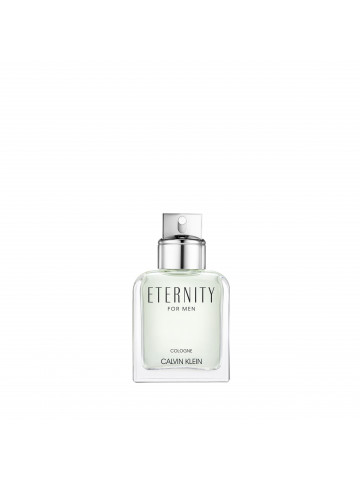 Price 37.90
Availability: 12 In Stock
Fresh Modern Eternal. Eternity Cologne for him concentrates vibrant evergreen notes in this fougère scent that evokes the freedom of nature. 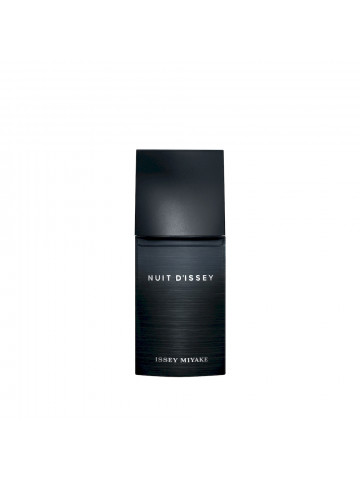 Price 42.90
Availability: 42 In Stock
An Eau de Toilette with notes of leather, woody, fresh. A luminous fragrance, between tension and attraction. 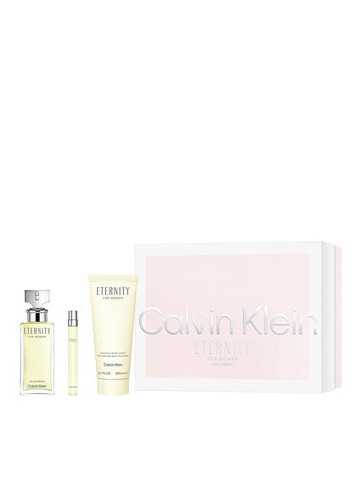 Price 68.95
Availability: 9 In Stock
Eternity For Women Case, perfume born to honor marriage. It is one of the fragrances of this franchise with more success. The values that it tries to enhance are evident with the top notes of citrus and violets, with a heart of carnation, floral and spicy and with a background of sandalwood wood. All these elements together surround the Eternity universe that with this perfume tries to extol the values of love, family and peace. Now available in an ideal gift box that includes the following: Eternity For Women Eau de Parfum 100ml + Body Lotion 100 ml + Miniature 10 ml Price 44.90
Availability: 206 In Stock
The Nina Rose by Nina Ricci set for women is made up of an Eau de Toilette (50 ml perfume) and a body lotion (75 ml).Nina sees life in pink… a feminine floral fragrance, Nina Rose is an injection of optimism and joie de vivre.Bergamot and lemon meet juicy pear to create a tangy, mouthwatering accord. Neroli and orange blossom form a velvety bouquet whose softness is enhanced by a mist of white musks, while cedar wood gives the composition an extra touch of elegance and modernity.For Nina Rose, Nina Ricci 's iconic apple-shaped bottle is dressed in ultra-bright, caramel pink. The neck of the bottle is covered with a patterned ribbon, a detail that completes its haute couture look. 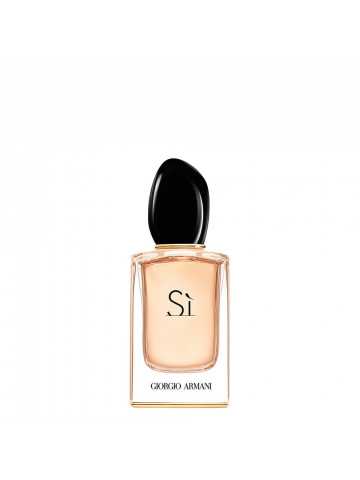 Sì by Giorgio Armani is the fragrance of the new femininity. The perfect fruity chypre feminine perfume for women with attitude and strength. Sì is the feminine fragrance that allows each woman to affirm who she is with the freedom to be herself, express her true passions and emotions by claiming her place in the modern world. Ideal for strong women who dare to say YES 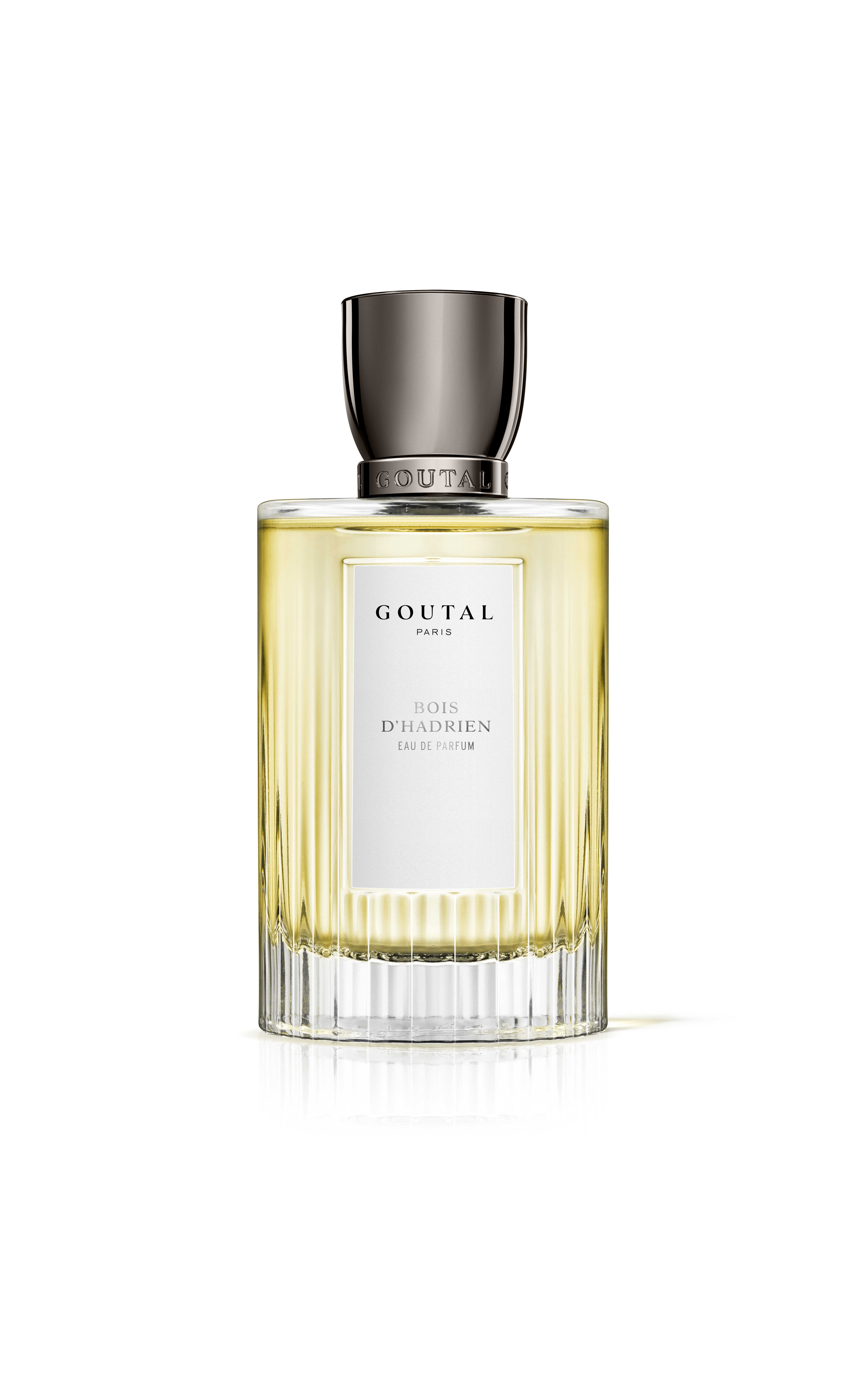 Camille Goutal places her emperor in the ocher glow of the Tuscan sunset. The day begins to fade. A contrast that mixes the freshness of Tuscan lemon with the sensuality of warm woods and the comfort of Siberian pine. A precious moment: fleeting, peaceful. 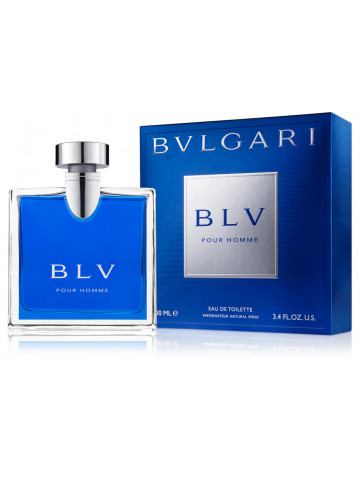 Price 66.95
Availability: 20 In Stock
A unique combination: the fusion of a spicy heart and sparkling freshness. 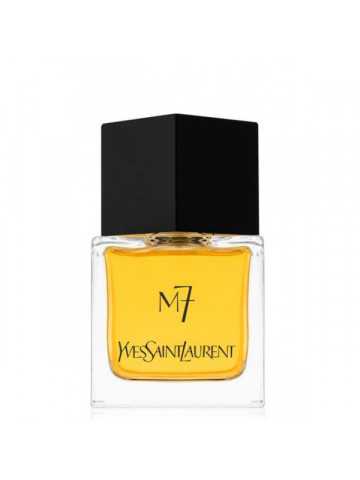 Price 77.60
Availability: 15 In Stock
Yves Saint Laurent M7 is the interpretation of the sensual and powerful man. The first perfume to employ the Oud woody accord. A woody ambery fragrance with notes of oud wood, mandarin, rockrose and mira. A strong break for a perfume of excess that was the first to use the oud wood accord: M7 Oud Absolu merges with myrrh and rockrose to create a warm, intense and fascinating trail.Mandarin brings top notes that give it a unique vibrancy, while the woody facet of patchouli, very powerful and dense, gives it depth and an addictive tenacity. 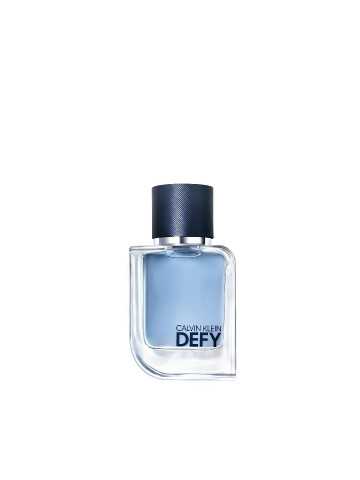 Price 47.95
Availability: 49 In Stock
Fresh Male Addictive Calvin Klein Defy is a bold eau de toilette for men, a contrast of invigorating freshness and powerful woods. A fragrance for the modern man who breaks barriers while exploring his truest truth. 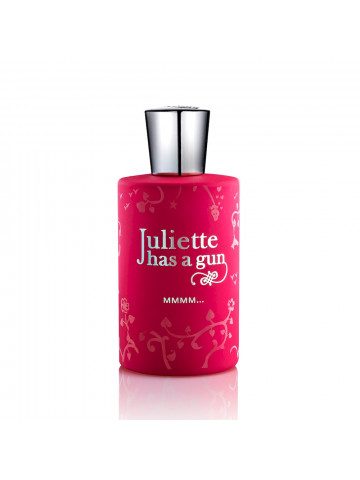 “MMM… I was thinking about the indescribable onomatopoeia when I created the fragrance. Behind that sound, that murmur, pronounced almost internally, underlies a world of hidden pleasures that goes beyond words…. "Romano Ricci 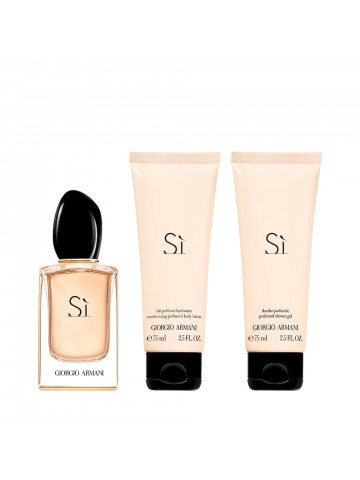